Our time in Florence didn’t start in the best possible way, we misread the timetable (trains don’t run as regularly as thought from Vernazza) and missed the early train from Vernazza to Monterosso and  which also meant that we missed the train from Monterosso to Pisa. A little frustrated and cranky we caught the train from Vernazza to La Spezia, changed at La Spezia and hopped on a train to Pisa and from Pisa we caught a train to Florence, arriving about an hour later than expected. Better than not arriving at all and we were able to have a picnic lunch on the train. Before leaving Vernazza we stocked up on picnic supplies, fresh pane, huge slices of mortadella, a slab of cheese and locally produced pesto, roughly 13 euros in total which is no cheaper than buying a couple of freshly made panini but at least the pesto lasted for more than one use.

We were booked into the Hotel Castri, it had received reasonable but mixed reviews on TripAdvisor so I was a little nervous about what we would find upon arrival. Staying in Florence and Rome for budget prices can often mean old buildings, small rooms and furnishing requiring an update. As long as it is clean and secure I am happy to stay just about anywhere. As it turned out, we didn’t even get to see inside the room because it wasn’t ready, apparently there was a problem with plumbing/electricity or something similar, arrangements had been made with the Hotel Basilea around the corner so we were to spend our first night there.  I had read about similar happenings on a number of travel websites so it wasn’t a completely unexpected and I had thought that if this was going to happen it would happen in Florence or Rome. At the Hotel Basilea we discovered that our room hadn’t been cleaned and it would be an hour before it would be ready for us. Another minor glitch and although not completely happy we hit the streets of Florence in the hope that all would be okay.

The Duomo (cathedral) is a huge building that dominates the square, you don’t expect to it to hit you in the face as you walk around the corner but that is what happens. Open space is lacking in this part of Florence, the Duomo, Baptistery and Campanile (bell tower) consume the area and tourists fill the gaps, artists have their easels set up outside the Duomo and you can have your portrait or caricature done in a matter of minutes. For a view of the city you can climb the 463 steps to the top of the 15th century dome designed by Filippo Brunelleschi or climb slightly fewer steps to the top of the Campanile, we opt for the dome, pay our 8 euro admission fee and take the claustrophobic path within the dome to the top of the Duomo. The interior of the dome can be admired up close during the journey, frescoes designed by Giorgio Vasari and painted by Frederico Zuccari depict the Last Judgement, looking down you can see barely see the faces of the people below as they look up at the frescoes. From the top you can see Piazzale Michelangelo, the Santa Croce church and the Arno river, even on a hazy day it is a fantastic sight and it is not surprising that getting a photo is difficult. Everybody who has made the climb wants their picture taken with Florence as the backdrop, elbows and minimised personal space are required.

Perhaps my recollection of Florence from 12 years ago is a little hazy or I’ve romanticised the beauty of the city in my mind, but it seems a little dirtier than what I remember. Only the facade of the Duomo is clean, the rest is blackened by pollution and the streets look grim and grotty. I have to remind myself that Florence is still a city and the majority of it is older than the Anglo history of Australia so you’ve got to expect a little dirt and grime.

The San Lorenzo markets are famous for cheap leather goods such as bags, belts and jackets, there is also an extensive selection of souvenirs, t-shirts and scarves. The leather jacket I had bought on a previous visit needed replacing, it was outdated and spent all of its time hanging in the back of my wardrobe. I don’t like being hassled or pressured into buying something and wanted to take my time in selecting a jacket, at Michelangelo’s store (not sure of full name) near the markets I found two jackets to my liking and whether they were a great bargain or not, the price was right for me so I bought both. I didn’t buy any handbags, surprisingly leather handbags were cheaper in Venice and I had already purchased a couple.

For our first night in Florence we dined at Antica Osteria Napul’e on via Guelfa, just down the road from Hotel Basilea. Very little english spoken and some of the menu items are a mystery to us, yet we were able to order and enjoy tasty pasta, salad and wine. We would soon discover that the ‘insalata mista’ (mixed salad) we ate that night was quite different to the ‘insalata mista’ we would be presented with throughout Italy.

The sun decided to shine on us in Switzerland, beautiful warm days and not a rain cloud in sight. Mt Pilatus had a few hanging around which had me thinking that I would again find myself on top of the mountain and not able to see anything but fog or cloud. Switzerland is expensive, they don’t have the euro either so you have to be happy with getting Swiss Francs back for change or use plastic, we used a combination of both for the few days we were there and managed to leave with only a couple of francs in change.

Supermarket shopping in Lucerne was our best option for cheap, healthy meals and for picking up a couple of bottles of wine and beer. For a couple of days we dined on salad, sausage, cheese and chocolate plus some yummy bagel crisps and crackers. Our biggest dining splurge was had here and not because it was fabulous ala carte food, it was because we had 3 courses and a few glasses of wine which came to a total of 120 euro, still it was an enjoyable meal and the wine was very nice.

From the ground Mt Pilatus looked reasonably clear of cloud when we decided to make the journey, it was about 140 euro for the tickets to the top and that covered all of our transport by bus and cable car, the scenic railway was inoperable due to heavy snow. The trip takes over an hour in each direction and you can definitely feel the temperature drop as you get higher and the attendant tells us that it is about minus 3 degrees celsius. Travel to the halfway point, about 1000m up is in a small four person cable car, there aren’t many people travelling up to the summit today perhaps that is because of the weather or it could be because it is early spring. At the halfway point there is a good view of the mountains and there is also a playground for families and barbecue area, we wait for the larger cable car to provide transport for the rest of the journey, about half a dozen people hop in with us and a big slab of concrete pipe. As we near our final destination there is cloud and more cloud, the attendant identifies us as Australians and chats to us about his recent travels in Australia, the cloud is supposed to clear he says, sadly that didn’t happen. The facilities on Mt Pilatus are undergoing reconstruction of a terrace area and new facilities, you have to dodge workers, cables and building materials to get outside, we’re amazed because you wouldn’t see that in Australia thanks to workplace health and safety regulations. We spend a couple of hours on the mountain, most of it indoors drinking coffee and eating fries as we wait for the cloud to disappear, every now and then we get a glimpse of sunlight and the mountains that connect to Pilatus providing several photo opportunities and a break from the cold. Regardless of the weather and construction work it was still a great way to spend our time in Switzerland and make use of our winter thermals which could easily be discarded now that the temperature has risen.

Our time in Lucerne (or Luzern in Europe) is quite relaxing, a bit of shopping, sightseeing and eating and taking much pleasure in the scenic surroundings. The Saturday morning markets were a fabulous way to spend a morning, lots of cheese and cold meats to taste and the flowers, art and crafts for sale provided colourful eye candy for browsers. The market stalls lined both sides of the river that linked to Lake Lucerne, locals and tourists mingled and the tables at cafes running parallel to the site were almost always full and a good vantage point for people watching. Being in Switzerland I thought that a hot chocolate would be a delicious alternative to coffee, huge disappointment when they bought out a cup of hot milk and sachet of chocolate powder for me to DIY the hot chocolate, this I can get at home and for alot less than 4 euro!

Lucerne and Switzerland in general is famous for being an expensive place to visit, I’m curious to know how high the cost of living is because it really is a lovely part of the world and the easy access to other European countries is enviable. Our three nights in Lucerne were just enough to get a taste of the country and have a little down time, our budget couldn’t really afford to stay longer but it would have been nice. 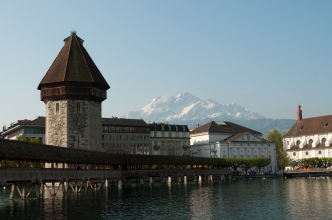 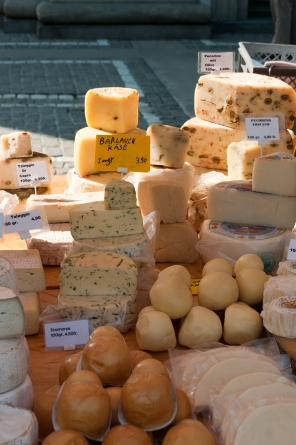 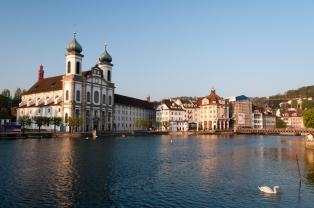 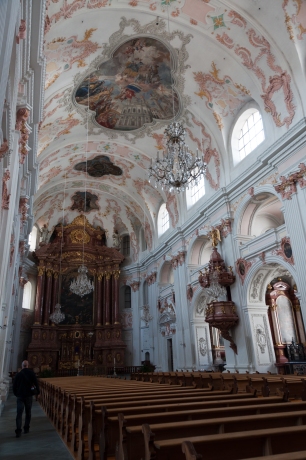 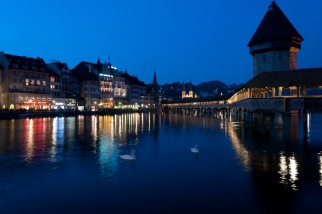