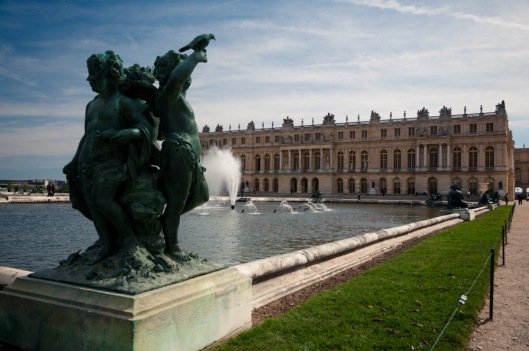 Spring is here! Already people are leaving their jackets and beanies at home and heading out into the sun to absorb some vitamin D. I have noticed new growth on my gardenias and the scent of star jasmine and my coco magnolia tree fills the night air with the sweetest perfume. Spring is my favourite time of year, the days are filled with sunshine and the nights are still cool, making sleep easy (unlike summer). Later this month there will be floral festivals in the towns around us, the keen gardeners with beautiful homes open up to the general public so that we can admire the results of their hard work and passion and hopefully be inspired to do more in our own gardens. It is a time when I like to take my camera and spend a few hours photographing flowers, not something that appeals to everyone but my husband is very patient and there are usually several other hobby photographers madly photographing everything with a petal.

Today I am reminded of the start of our holiday in Europe and where I was when the sun decided to shine after a few days of grey, gloomy weather. We were visiting the Palace of Versailles and it was my birthday. The layers of clothing we had been wearing were not necessary, my sunglasses became my accessory of choice and our delight at being outside, in Paris (or thereabouts), on such a glorious day was immense. Having written about the day on a previous post: Birthday celebration at the Palace of Versailles, I won’t write much about the day itself except to say that reading about our day at Versailles makes my heart smile and trawling through my photos again brings back very happy memories.

Is there a day (or event) in your travels that really makes your heart smile?

Enjoy the photos and for those of you in the southern hemisphere, Happy Spring! 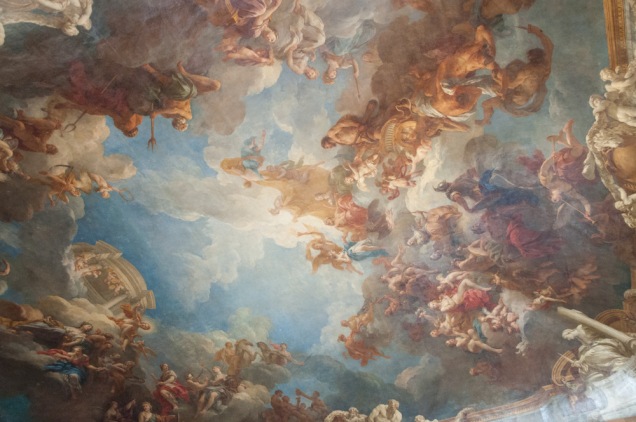 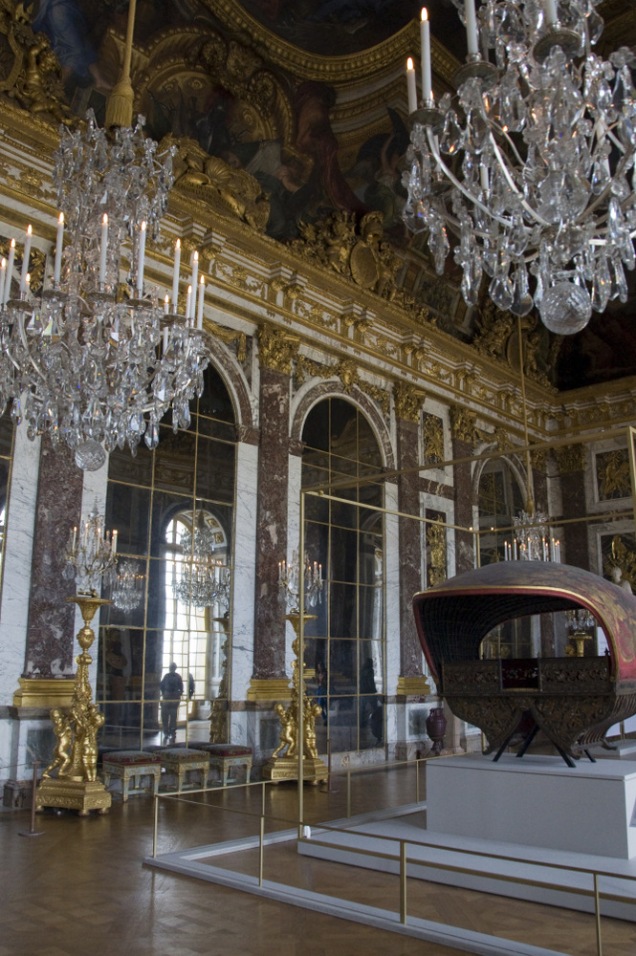 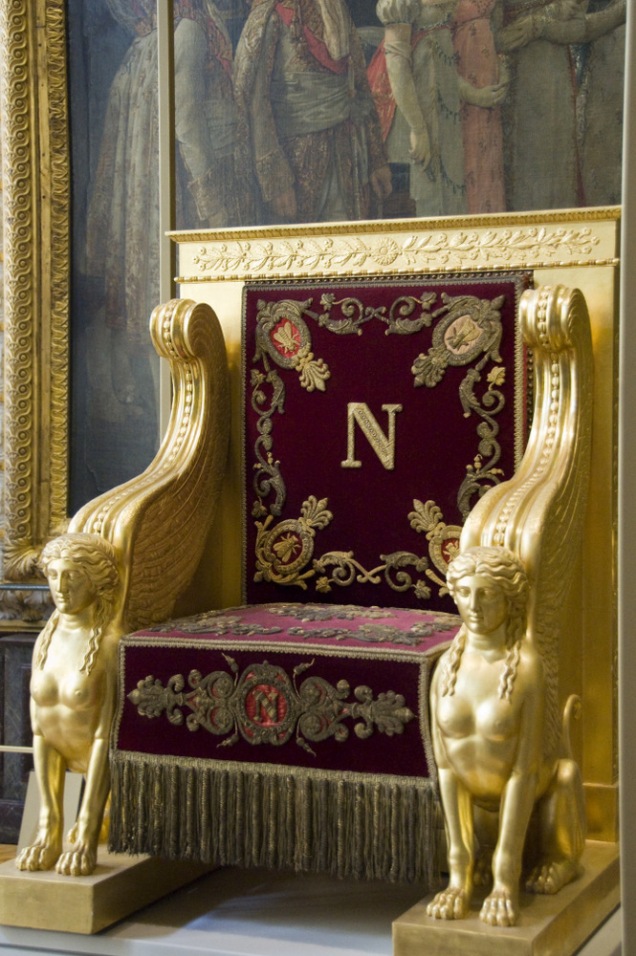 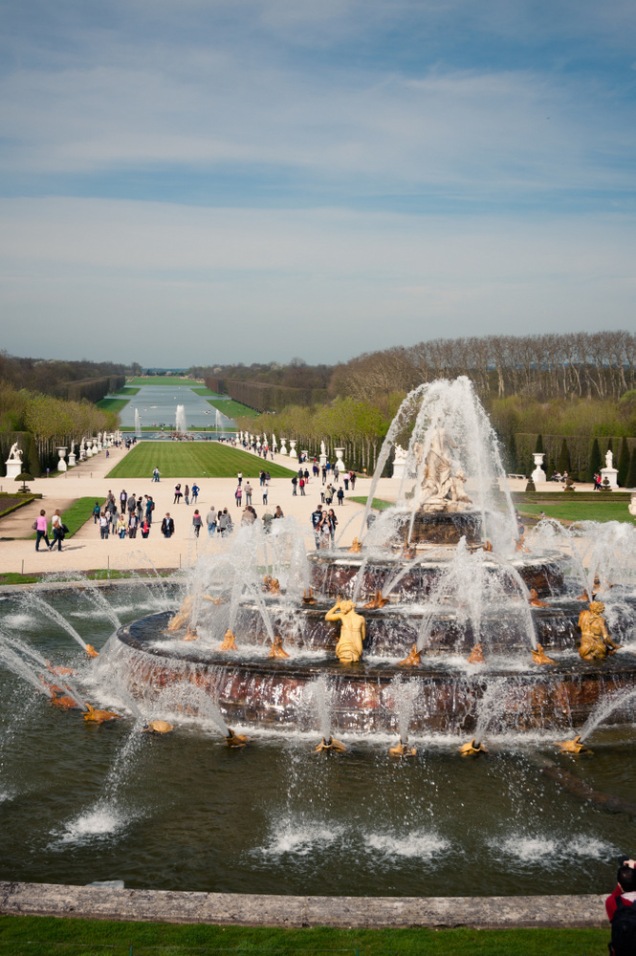 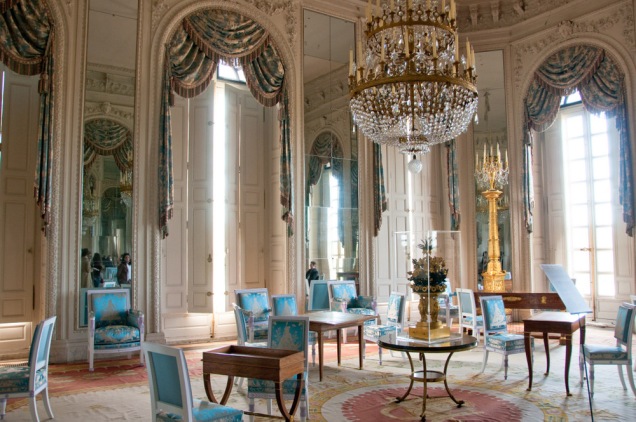 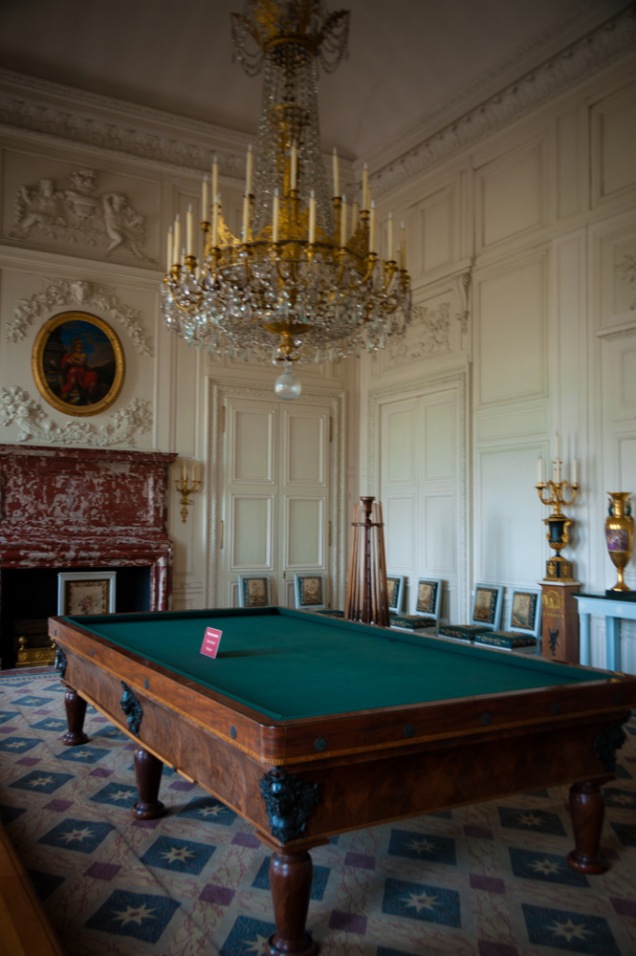 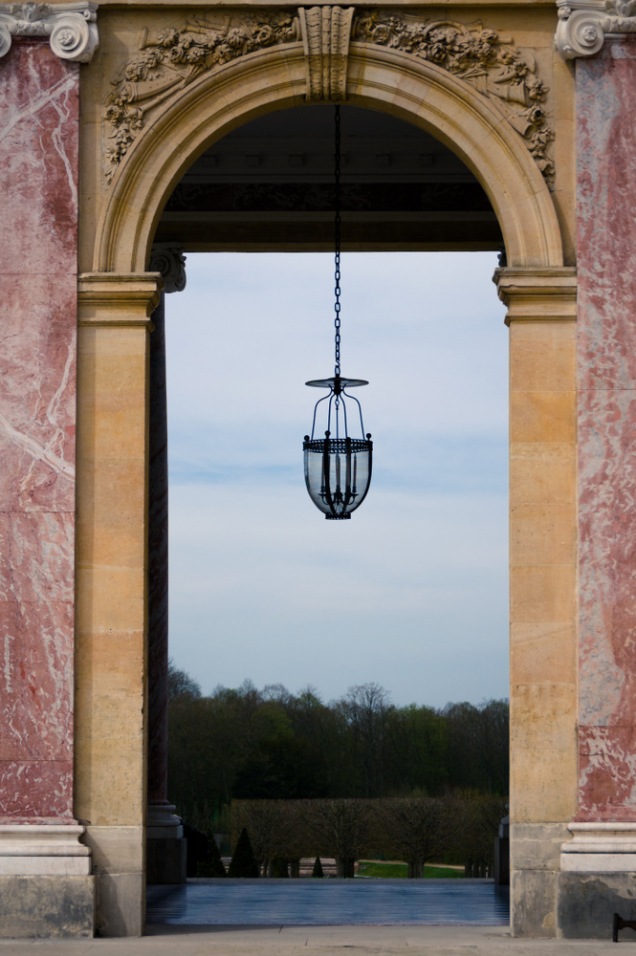 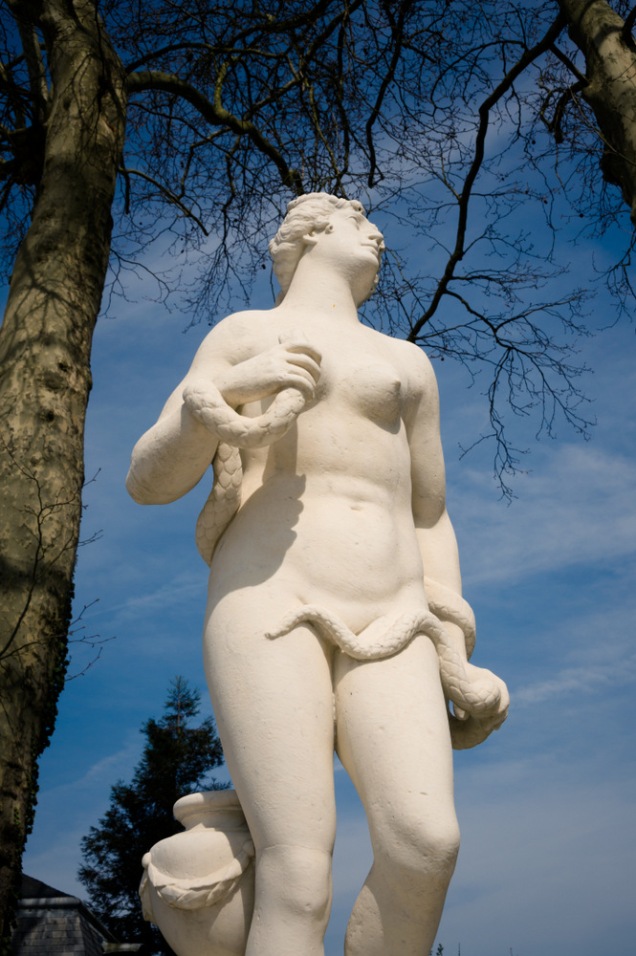 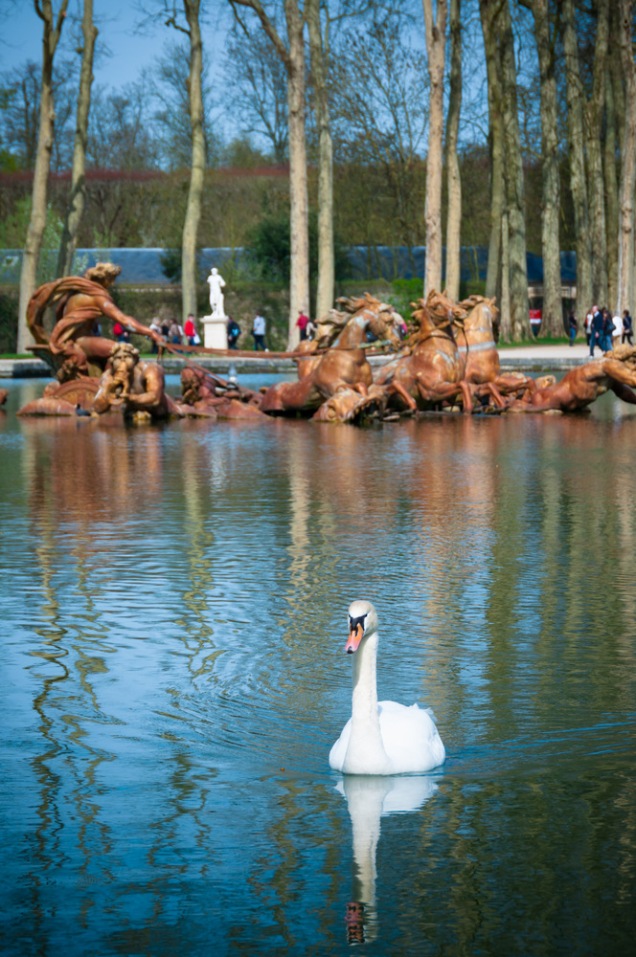 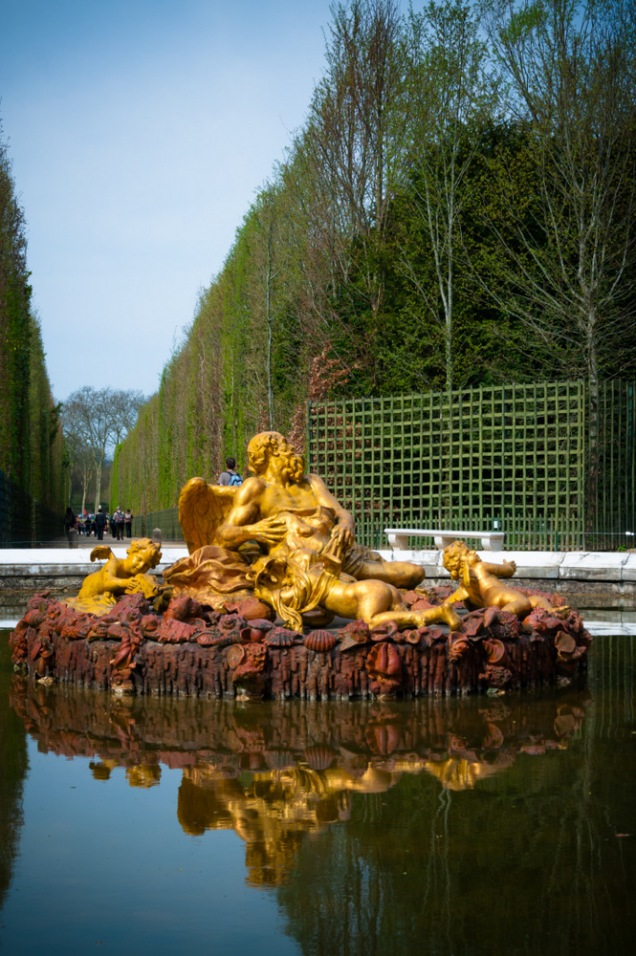 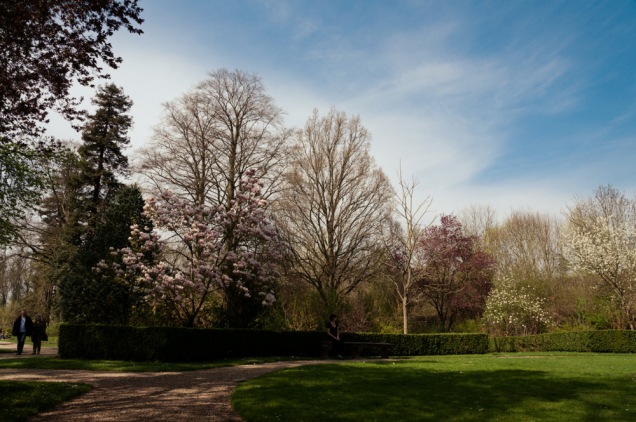 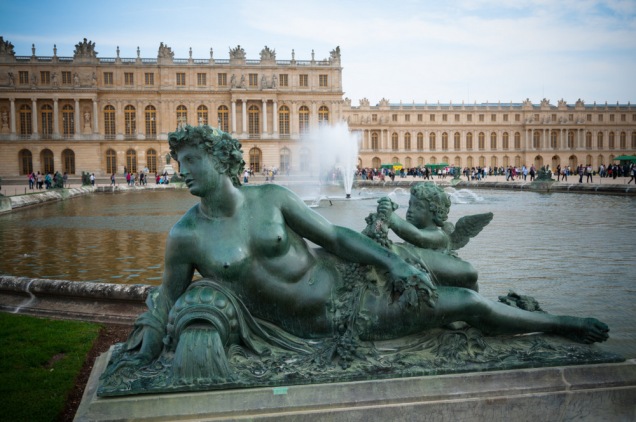 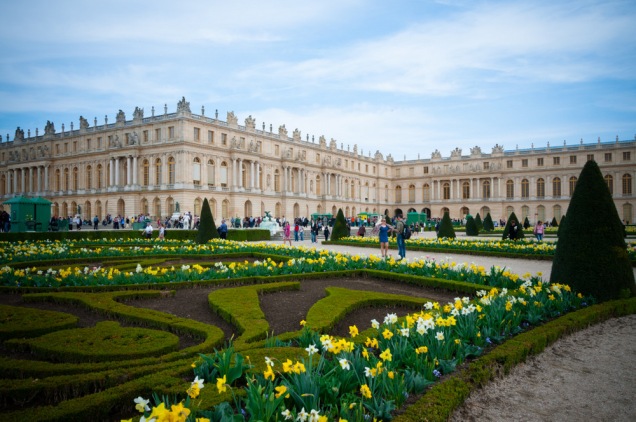 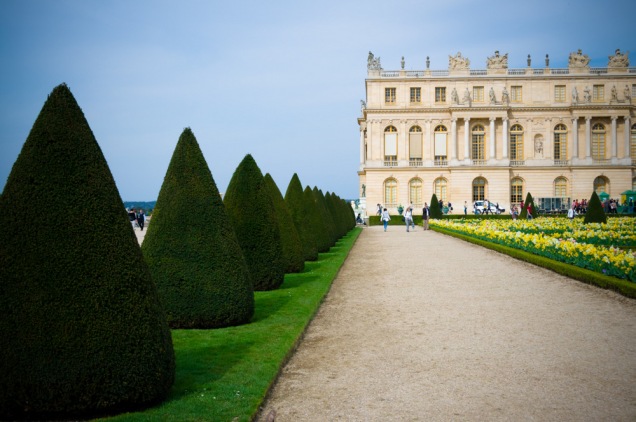 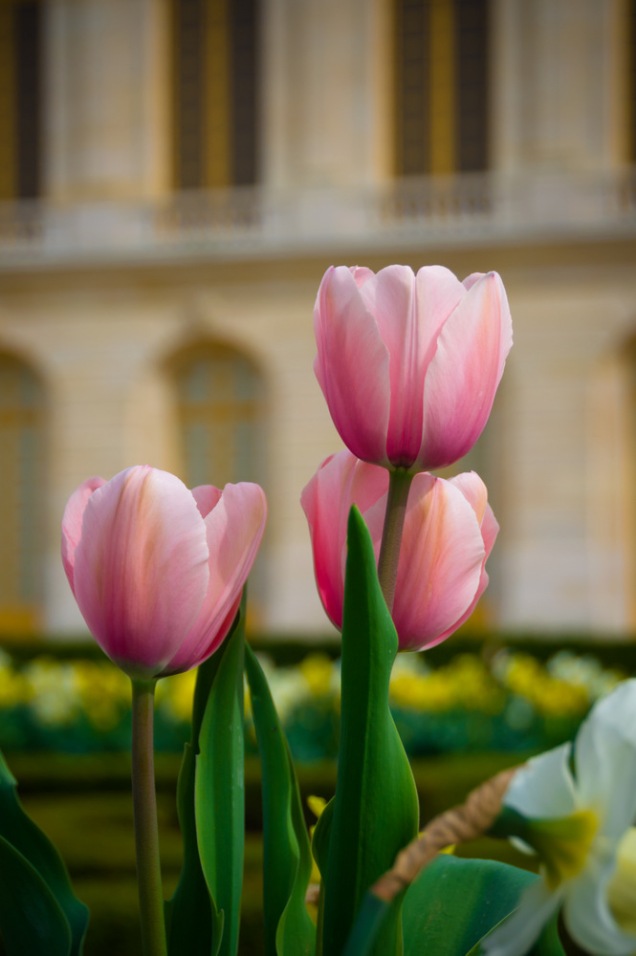 Our last full day in Paris and my birthday, attraction of choice is the Palace of Versailles to see the extravagance of the palace and the musical fountain display that only happens on weekends for some of the year, starting in April. We had planned to be up early and on the first train, the red wine the previous night and the fact that we had walked all over Paris since arriving in the city had resulted in us being exhausted and in need of a sleep-in. To get to Versaille we catch an RER train from Gare d’Austerlitz, it is a 15 minute walk from the hotel and the sun god was shining on us so we are keen to be moving around. Once we arrive at our destination we have to walk another 15 minutes to get to the palace, there are two queues, one for tickets and one for people who already have tickets – thankfully we have our trusty museum pass and only have to line up once.

The sheer size and extravagance of the palace and gardens blows my mind. The weather was perfect and being a Saturday the French were picnicking by the canals along with all of the tourists. We had traipsed up to the Grand Trianon, a small scale palace or residence that Marie Antionette had influence in designing/decorating. The gardens were not all in flower and the trees were a little shabby but it was still worth seeing and the ostenatious nature of Versailles was not as obvious here. There is more of Versaille to see, the hamlet that housed Marie Antoinette’s handbrushed cows and other farm animals but it is too much to cover on foot and we make the trek back to the grand canal for lunch.

I’m so glad that we were there in time to see the musical fountain show, they really are a spectacular sight, we had just caught the end of the morning session and the afternoon session begins at 3.30pm. Marty finds a spot near a small body of water and makes himself comfortable, the water show is in sync with classical music and runs every 10 minutes, the best place to be while waiting for the main event. Even though my feet are sore I head off in search for the roman influenced fountains and columns, they are not far from where Marty is resting and even closer is the Kings garden, a peaceful spot with flowering magnolia trees and shady spots well suited for a nap.

As 3.30pm approaches the crowd around the canal and the Apollo fountain thickens, cameras are out and all in attendance appear excited in anticipation of the show. It is very special, the sun shining and the water sparkles, the blue sky and rows of trees makes for an amazing backdrop, we wait, watch and then head back towards the palace, the show goes for an hour and a half and we want to beat the crowds back to the train. Again we realise that there is more to see, but we are ready to go back to Paris and see the city illuminated, hopefully we can make it back to Versailles another time.